The German Patent Office has confirmed the basic patent submitted by LuxYours for chemical smoothing according to the Lux method. First LUXMatic 700 systems are currently being delivered.

The patent, filed in March 2018, describes a process and a device to be used for it. The new and unique feature of this invention is the use of several chambers, which together form a closed volume. The user is always separated from the solvent vapour used. In the chambers, the vapour and the 3D parts can be pre-conditioned separately from each other and yet the solvent vapour and the 3D parts can be brought into contact with each other in a targeted and to the second manner. This procedure leads to very high-quality results with the lowest number of rejects. The condensation of the steam on the surface of the 3D parts, the temperatures at which this takes place and the duration of exposure can be precisely controlled. The 3D parts are accessible to the user shortly after the smoothing process is finished. The LUXMatic 700 implements this patent and makes this fast and highly controllable finishing technology available to users of professional 3D printing.

In July and August LuxYours delivered its first fully automatic LUXMatic 700 for chemical smoothing to its customers.

Florian Pfefferkorn, Managing Director of LuxYours, comments: “We are now supplying our most loyal customers with the first LUXMatic 700. These customers have been with us since our foundation in January 2017. With their signature on the machine purchase in December 2018, they have shown great confidence in our capabilities. At that time we only had a process and an idea of how our LUXMatic 700 should look like and function, but we still had an extensive machine development project to go. We are therefore very pleased to be able to confirm the confidence placed in us.
We also congratulate our visionary customers, who are now the first to operate the fastest and most economical machine for chemical smoothing of polyamide and TPU parts.

The LUXMatic 700 is now released for international sales. Orders received until mid September 2020 will be included in the next production lot.“ 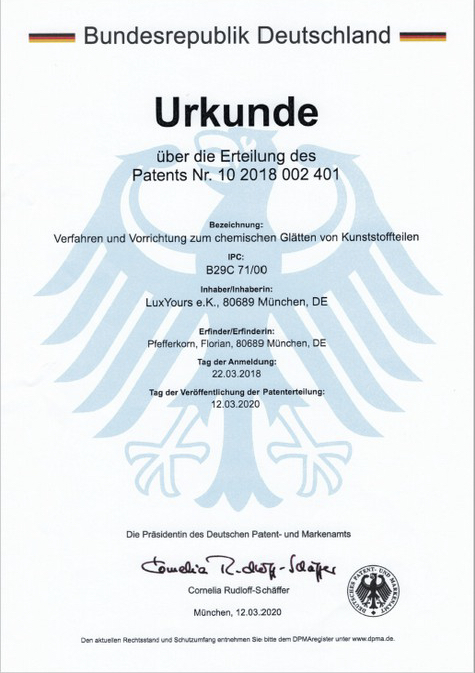 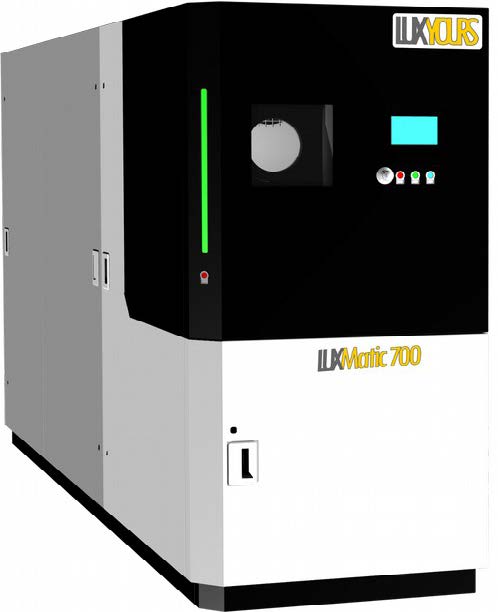